This is my personal motto.

A few days ago, my former client made a comment she’s missing information about me on my webpage. Her words were: “There is so much about your organization, but so little about yourself. People are interested and would love to hear about you!” And when she heard I never sign my blog posts, she thought I was mad. Since she’s very good at her business, I trust her words and intuition. I’ll sign my posts from now on 🙂

I’m not the kind of person who likes talking about herself. I always feel I don’t have anything special to say about me. If I would be able to choose, I would stay in the shadow and would preferably observe what’s going on from the distance. If I could choose between talking or listening, I would go for the latter. Same stands when choosing between answering or asking.

However, life never goes according to our plans and someone or something had different plans for me and a different path in mind.

I was born in an average family in one working class town where alcoholism was more of a natural state than an exception. My father (an alcoholic) died of stroke when I was 5 and he was diagnosed with manic depression. My mother was suffering from anxiety. Though I perceive my childhood as a happy one, I ran away from home when I was 13 and headed off to the capitol city, where I wanted to follow my dreams thus become a ballet dancer. I was gifted and had demonstrated hard discipline, but was nothing truly exceptional. Teachers recommended I rather choose career in music because of my perfect pitch or go study languages, but I felt otherwise. Didn’t succeed as a dancer, so I headed towards university after more than a year of severe depression and eating disorder, because my world and my identity collapsed in as short period as just one day.

My undergraduate studies were in library and information science. I selected this course because I had doubts I would be able to finish anything more demanding, even though my scores were high enough to grant me a place in medicine or psychology. But my self esteem was lower than the height of a chihuahua dog and I had absolutely no idea what I wanted to do with my life. Soon after the first few lectures passed, it appeared to me that this study course would allow me plenty of time, which I  spared engaging in extracurricular activities, such as student council, student associations, etc., which soon got me to be an elected MP for my faculty. I didn’t like the MP’s position, though very prestigious, partly because I don’t aspire to be under flashlights and partly because I hate pretension. However through that function, I met some very nice people and my network grew. At about the same time I was appointed to take a leading role of a coordinator for student tutors and students with disabilities. It was a brand new role, so I established the entire support system from scratch. This was something that really suited me and I loved my work, for the first time after being a failed artist. Loved helping others who were facing difficult situations, especially because I myself have had an experience what it feels like being stigmatized, hurt, abandoned or very scared. I could also have little understanding of the weight of having a disability label, because I’ve self-recovered from a 5-year eating disorder which was proclaimed lethal and unhealable. I figured doctors and specialists were not always the best option. Nor was psychiatry, digging in the past, or discussing whose fault it was. They labelled me “hopeless”, but they were wrong. I resisted their “help”, because all they did, was looking down at me from their expert positions through diagnosis and nobody took the time to really listen. And none of them cared. I promised myself I would treat people differently. I managed to completely recover and put myself up again, without any professional help. But I didn’t look at this as an achievement, because nobody really cared. At least I thought so.

In 2010, university MP’s got the opportunity to be subjects for IQ testing at Mensa. It was a rainy afternoon and I just had a big lunch, so I thought I could afford to spend an hour or two playing with some funny tests to avoid falling asleep. My expectations towards the outcomes were rather low, because I was still holding a belief I’m below average. When the results came several weeks later, they delivered a huge surprise. It turned out I have such a strong mental capacity to fit within top 3-4% of the mankind population. It then occured to me that funny looks I got sometimes weren’t happening because people wouldn’t like me, but were there because people wouldn’t understand what I was saying or they couldn’t catch up with my thoughts of rapid speed and my ability to get to the bottom much earlier.

So suddenly I was proven more intelligent than most people. Such a rare ability comes with huge responsibility. It is not my achievement that I found myself in a privileged place like that, though I could feel superior to others. I viewed it simply in terms that I was extremely lucky to be born with such amazing brain function. So I should make some use of this and make a difference in the world. But how?

Since I liked my work as a disability coordinator and my students liked it too, I decided that after my graduation, I should do something and gain real expertise, because my undergraduate studies were a joke (with all the respect towards the library&information profession which I really admire and feel sympathetic towards, but it was not challenging enough for me). So I was admitted to doctoral degree in education, which was quite daring, because I switched profession and academic fields completely and this meant double or tripple work to catch up with others. I couldn’t afford to pay for the PhD of course, but somehow managed to get in the top 5% of the student population to obtain an EU scholarship that paid for my tuition as well as for my living expenses. It was smply meant to be. During my PhD I got an opportunity to go on a research study visit abroad. I chose United Kingdom and was supposed to stay there for half a year. Instead I stayed a year and a half and now call UK my second home. Solution Focused Brief Therapy found me while being there and it felt like coming home. It was love at first sight and I knew I found exactly what I’ve been waiting for and I was a good asset for it as well. This was exactly what I needed in order to be able to help others achieve their aspirations – it works, it is brief and it is in alignment with my personal values. The Solution Focused community soon recognized my efforts and my activities caught the eyes of many, so I won the award that enabled me intensive Solution Focused training in the USA in 2014. The year 2014 was a year of travelling and a year of intense studying. Have a look at blog index to read some notes about that, if interested.

So I came back from the UK and felt really energized. Couldn’t wait to pass this new knowledge to others and make a difference in their lives. I had it all – the tools, the expertise, motivation, passion … so I opened the Ribalon Institute as the first Solution Focused institution in Slovenia in February 2015. Since then, my work has gradually been gaining impact and recognition. People in my workshops and trainings often claim, these are the best workshops/trainings they’ve ever been to. And I feel for them, because that’s exactly how I felt when I first encountered Solution Focused Approach. In april 2015 I finished my training with BRIEF, which is the largest institution providing SF training in Europe and also one with the longest tradition. As a cherry on top, BRIEF sponsored my attendance at the European Brief Therapy Association annual conference in Vienna in September 2015. From there I got an invitation to host a masterclass at the next EU conference in Brugges in 2016. I’m currently the first certified Solution Focused practitioner in Slovenia. So (un)fortunately once again, I couldn’t stay in the shadows, quietly as an observer, as someone/something had other plans for me.

My life is a story and stories are better than theories, because people learn better by telling stories rather than talking theories. I met many people whose life stories were amazing and I’m really grateful, life has brought me so many lessons. My humble opinion about the whole story is, that I couldn’t possibly ask for anything more, but to be able to spend my life the way I like it the most – making a positive difference in other people’s lives, doing things I want to do and leaving this Earth a bit nicer place because of that. I still believe I’m nothing special. Hence if I managed to “recover straight up from the ashes”, why wouldn’t others also be able to do it as well. Why wouldn’t you be able to do it? Also, I’m now slowly accepting that life has ascribed me a different position and I’m getting used to obviously being a leader and not a follower. Also, I would like to create leaders, not followers. So it would be an honour for me to meet you and offer you a little bit of this joy and flow as well.

With love and from life, 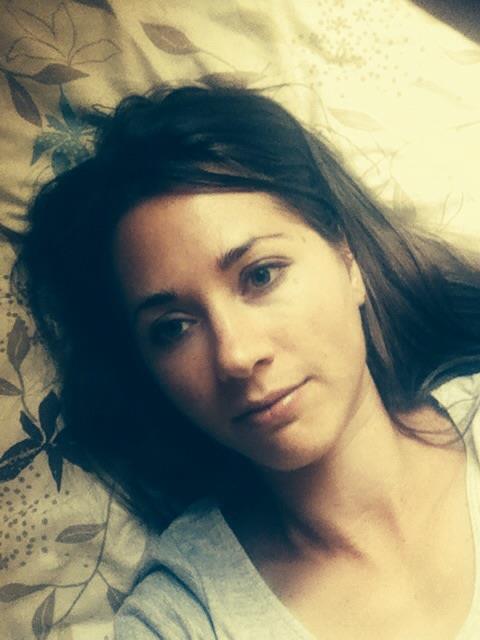